And what they mean for the United States

Germany provides a real-world example of how the United States can unleash the vastly underserved wholesale distributed generation (WDG) market.

Starting in 2000, Germany enacted a national Feed-In Tariff (FIT) that propelled the country to become the world’s clean energy leader. The nation experienced tremendous growth of local renewable energy because their FIT unleashed the WDG market segment. The German FIT targeted the WDG market by making it easy to build smaller local renewable energy projects in the built environment (on preexisting homes, buildings, and structures), connect them to the grid, and sell power to the local utility at a fixed rate using a standardized, long-term, and guaranteed contract.

The world owes Germany a debt of gratitude for instituting its fit. The German FIT achieved economies of scale, bringing down the price of solar. In large part because of its FIT, solar prices have plummeted since the German FIT was enacted in 2000.

Most German solar is small WDG

Germany’s solar deployments are almost entirely sub-2 megawatt projects on built environments and interconnected to the distribution grid (not behind-the-meter):

These small WDG projects made Germany a global solar leader

To date, Germany has integrated nearly 50 gigawatts (GW) of solar photovoltaics into its grid . By 2016, the country had  the most solar capacity anywhere in the world, and it had installations totaling almost 4 GW in 2019 alone.

During the 10-year period following the introduction of its national FIT, Germany ran laps around the United States, including deploying over ten times more solar capacity than California:

Replicating German scale and efficiencies yields commercial-scale rooftop solar in California at the lowest energy price possible: 3¢/kWh for delivered energy. No source of energy we’re procuring is in that low price range when you consider the costs of transmission delivery; FIT projects do not use the transmission grid, which alone has a price of 2¢/kWh in California as of 2020 (levelized to 3¢/kWh over 20 years).

All data in the above table is current as of April 2017; California’s effective rate has been reduced since then, giving the current 3¢/kWh price. The foreign exchange conversion applied in this table is 1 Euro to 1.07 US$. California’s effective rate is reduced 40% due to tax incentives and then an additional 33% due to the superior solar resource.

A large percentage of German WDG is locally owned

In addition, a significant percentage of Germany’s renewable energy installed under the country’s FIT is in the hands of the people.

The only approach that has been proven to unleash wholesale distributed generation (WDG) in the United States. 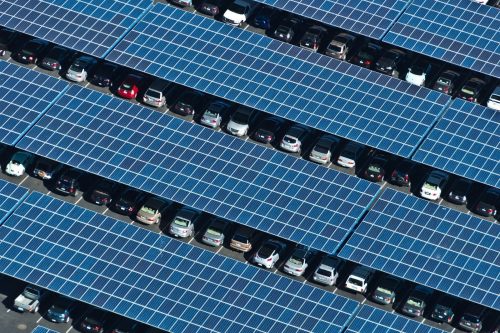 KEYT reports on the Clean Coalition's work in the Santa Barbara region.

While you were focused on elections, California proposed making it harder to add more solar…

In this op-ed for the San Francisco Chronicle, Executive Director Craig Lewis reports on the updated NEM 3.0 policy proposed by the CPUC.

Dot.LA reports on a Microgrid Community being built by KB Home and the Clean Coalition's supportive comments.