The Clean Coalition’s vision is realized in the updated Integration Capacity Analysis maps, or ICA 2.0.

The Clean Coalition’s vision is realized in the updated Integration Capacity Analysis maps, or ICA 2.0

Menlo Park, CA — California has just taken a major step forward in bringing clean local energy online. The Clean Coalition played a major role in this progress as a leading advocate for streamlining the interconnection of distributed energy resources (DER) to the electric grid.

The expected July publication of the ICA 2.0 maps was delayed because of unwarranted issues raised about exposing easily discernable grid details, such as the location of substations. This “concern” led the utilities to take the drastic step in September of restricting access to their existing maps, which had already been publicly available since 2012. Fortunately, that action was reversed when Administrative Law Judge Robert Mason ruled on October 9 that the previously published maps should be made publicly available again. In a subsequent ruling on December 17, 2018, Mason directed the utilities to make the ICA 2.0 maps available by December 28, 2018 through a public portal, like the predecessor maps had been accessible for over half a decade.

Interconnection is often the most complex, uncertain, and time-consuming aspect of DER project development. This is particularly true for smaller projects, which can easily be rendered uneconomic due to a lack of predictability in terms of interconnection costs and timelines. For this reason, since 2010 the Clean Coalition has successfully pushed for utilities to provide increasingly detailed and accurate interconnection data in the grid maps, which help project developers and property owners determine whether sites are appropriate for serious DER siting consideration.

The ICA 2.0 update represents the first full-scale release of ICA maps with reliable data. Although the utilities published demonstration ICA maps in 2015 with detailed data, those maps relied on models and assumptions that did not meet the accuracy standards required by interconnection engineers. In contrast, the ICA 2.0 maps can be used with a high degree of accuracy for interconnection assessments. The new maps evaluate the most common interconnection capacity factors at the node level on every line section of all primary distribution circuits — that is, at every point on the circuits where there can be a change in values that would affect the ICA results. Significantly, for the sake of facilitating certainty and accuracy for project developers and property owners, the maps are publicly available and will be updated every month. 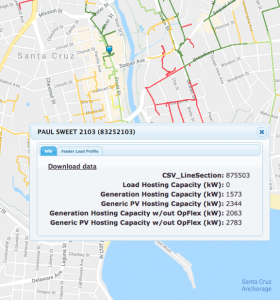 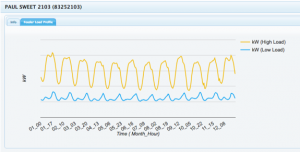 “The updated ICA maps make a great leap forward from what has been available to date,” said Sahm White, Economics and Policy Analysis Director at the Clean Coalition. “The new maps take a huge amount of risk and uncertainty out of DER project development, which will result in more of these projects being built at lower cost. A developer can now determine, early in the decision-making process, what size of project can be sited at any location with little or no modification to the existing grid. This is critical for easily choosing the best locations for siting projects, and then for projects that are moved forward, being informed with realistic costs and timing expectations regarding interconnection.”

Craig Lewis, Executive Director of the Clean Coalition, added, “ICA 2.0 provides an unprecedented level of transparency and certainty through publicly available grid data. There is still a long way to go to truly streamline interconnection processes for commercial-scale DER in California, but ICA 2.0 provides the first real foundation for distribution grid planning in the United States. With continuing efforts, California will keep improving, and other states, and even FERC, will at least match California’s progress in streamlining interconnection for local renewables and other commercial-scale DER.”

The Clean Coalition has been a major contributor in the effort to publish and improve the ICA maps, providing the vision for modernized, streamlined interconnection processes and leading the effort to realize that vision.

While ICA 2.0 is a welcome major development, there are more improvements to come. Next steps have already been defined for ICA 3.0 and include these additional ICA refinements:

About the Clean Coalition
The Clean Coalition is a nonprofit organization whose mission is to accelerate the transition to renewable energy and a modern grid through technical, policy, and project development expertise. The Clean Coalition drives policy innovation to remove barriers to procurement and interconnection of distributed energy resources (DER) — such as local renewables, energy storage, advanced inverters, and demand response — and we establish market mechanisms that realize the full potential of integrating these solutions. In addition to being active in numerous proceedings before state and federal agencies throughout the United States, the Clean Coalition collaborates with utilities, community choice aggregation agencies, municipalities, and other jurisdictions to create near-term deployment opportunities that prove the technical and economic viability of local renewables and other DER.