In 2017, the Clean Coalition continued our active leadership and intervention on renewable energy issues, with over 50 public filings in regulatory proceedings nationwide.

In 2017, the Clean Coalition continued our active leadership and intervention on renewable energy issues, with over 50 public filings in regulatory proceedings nationwide. Our credibility on policy issues has allowed us to play a critical role in the regulatory working groups that advise decision makers about stakeholder concerns early in the rule-making process. Our work on changing and developing policies in California and beyond to accelerate the transition to clean energy has gained wider recognition, and is providing expert solutions more than ever before.

The Clean Coalition policy team continued its work this year on California’s Distribution Resources Plans (DRP), through which California’s largest utilities have begun proactively planning for distributed energy resources (DER). The DRP process is an essential step in creating more grid transparency and helping developers get their clean energy projects off the ground more efficiently and effectively. Our foundational work on introducing and developing the DRP process is crucial for preparing the grid to leverage DER, including locational differences in siting and value. This work in pre-studying the grid is also instrumental in streamlining the interconnection process.

We advanced our Transmission Access Charges (TAC) Campaign this year, initiating the stakeholder proceeding under the direction of the California Independent System Operator (CAISO). TAC are the fees for using California’s transmission grid, but these charges are currently being applied in a way drives up costs for all ratepayers and artificially and unfairly discourages distributed generation. We have played a leading role in initiating and driving the agenda of this stakeholder process by moving the Clean Coalition-sponsored Senate Bill 692through the California State Senate with the support of nearly 100 organizations. We ultimately parked the bill in the Assembly Committee on Utilities and Energy to give CAISO the opportunity to address this issue through its stakeholder process. We are working with a range of key stakeholders to develop an expanded set of reforms to gain more support for the TAC reform.  We’re more determined than ever for this solution to be available for all affected California ratepayers — and establish a national standard for recognition of DER value in reducing transmission costs.

The Clean Coalition also played a major role in holding California’s investor-owned utilities accountable for the significant amounts of clean energy they were required to procure and connect to the grid under the state’s Renewable Auction Mechanism. Pacific Gas & Electric proposed canceling some of their mandated allotment — until the Clean Coalition intervened. We were successful in urging the California Public Utilities Commission (CPUC) to deny the utility’s cancellation request and, in doing so, we helped ensure that 190 megawatts of clean energy will come online.

Last but not least, the Clean Coalition was instrumental this year in moving California beyond polluting gas power plants. Influenced by critical Clean Coalition engineering and economic models, the CPUC unanimously rejected the proposed refurbishment of the gas-fired Ellwood Peaker Plant in Southern California. The Clean Coalition submitted extensive analyses on the ability to use solar+storage to obviate both the Ellwood and the Puente gas peaker plants in the region, demonstrating that solar+storage is technically and economically superior to meet all anticipated power requirements. In late September, CAISO agreed with our recommendation to reevaluate the Puente Power Plant, and procurement of clean local distributed resources is now planned instead.

Since forming in 2009, the Clean Coalition has significantly shaped policies that unleash clean local energy to deliver an unparalleled trifecta of economic, environmental, and resilience benefits to communities across the country. We will continue to face challenges under an administration set on curtailing renewable energy advancements, but we are confident that market forces will continue to dictate their support for clean energy — at the state level and nationwide. 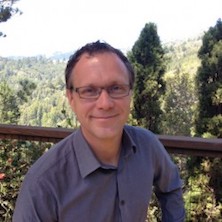 
Prior to joining the Clean Coalition, Doug was Legal Program & Scientific Policy Director at Turtle Island Restoration Network and worked in public interest legal practice with a range of clients such as the Sierra Club, the Center for Biological Diversity, the Natural Resources Defense Council, the Environmental Defense Fund, and the Resource Renewable Institute. At two major national law firms, Doug represented energy companies and other developers on utility-scale solar projects, energy plants, and other major projects. He is licensed to practice law in California.