The following load scenarios were investigated for the final assessment: 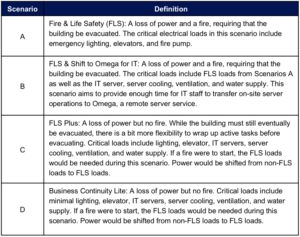 Remote work limitations. While LACCD departments are prepared to work remotely during short-term power outages, there is less certainty about long-term power outages due to concerns about the lack of appropriate technologies and processes.

Economics. All scenarios investigated represent a net financial investment rather than a net savings: 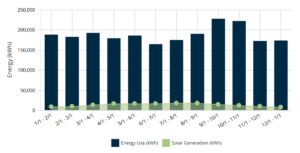 LACCD is now considering the Clean Coalition’s recommendations, which are based on both the results of the analyses and consideration of LACCD’s long-term energy and sustainability goals. 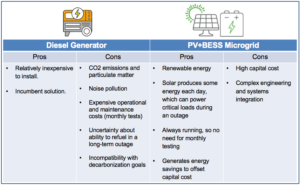 Option 1: Add PV+BESS to the existing diesel system for Scenario A, with a phased approach. This approach splits the capital investments into two phases, allowing LACCD to meet its immediate emergency power needs with added environmental benefits, learn from a small-scale pilot installation, and pursue Phase 2 when conditions are more favorable.

In Phase 1, a 181 kWp PV system and a 232 kW / 232 kWh BESS system would be installed, and the existing 175 kW diesel would be de-rated to 150 kW so it may run for five more years. PV helps to drive down the overall emissions for this scenario, which are 7.1 % lower than the diesel-only baseline. This scenario includes preparing the site infrastructure for easy installation of additional batteries in two years (up-sizing conduit for larger wires, etc.).

In Phase 2, additional batteries would be installed to reach the full capacity specified in Option 2 (580 kW / 2,320 kWh) within five years. Benefits include taking advantage of falling lithium-ion BESS costs, as well as expected new LADWP TOU periods and rates, which may provide more value for the energy storage in two years. The diesel would be decommissioned once there is adequate battery capacity installed.

Option 2: Install a PV+BESS system for Scenario B. Scenario B represents the largest Total Critical Load Required (TCLR) and is capable of covering the critical load of all the 8-hour scenarios. A 181 kWp PV system and a 580 kW / 2,320 kWh battery would be installed — enabling LACCD to expand its emergency power system, including some business continuity loads, without needing to make additional investments in fossil-fuel-based generation. A PV+BESS configuration is preferred over a BESS-only configuration, because PV is likely to be a prerequisite for eligibility for a future LADWP energy storage incentive.

Option 3: Install a BESS-only system for Scenario A, with a phased approach. A 290 kW / 1,160 kWh battery would be installed. A phased approach could be used to install PV and additional BESS at the site when funding is available.

The Clean Coalition recommends that LACCD take the following steps:

Consider an LACCD-wide portfolio approach. The high project costs of the emergency power systems for the ESC are driven by the site’s location in a dense downtown area. Project economics are expected to be much more favorable at other LACCD campuses — which typically have much more solar siting potential and more options for BESS siting, and which should be eligible for SGIP incentives.

Reduce critical loads. The IT servers and server cooling represent the largest single critical load component at the ESC site. IT server loads can be reduced by transferring server operations to a remote site during grid outages. This transfer could reduce the system size needed to serve the critical load or could enable longer durations of backup power.

Perform a sensitivity analysis of future LADWP TOU periods and rates. Currently, the LADWP peak TOU period for both energy and demand charges is 1-5pm. As penetrations of solar increase, it’s expected that LADWP will shift its peak TOU period to later in the evening, following similar changes made by Southern California Edison and the other California investor-owned utilities (IOUs). A sensitivity analysis comparing the future LADWP rate to a later TOU period will show potential energy and demand charge savings provided by PV+BESS compared to savings at the current TOU rate.

In considering renewable-energy-based alternatives to what would otherwise simply be another dirty diesel generator, as well as engaging with the Mayor’s Office to hedge against future permitting issues and with LADWP to identify creative funding solutions, LACCD is showing real leadership. 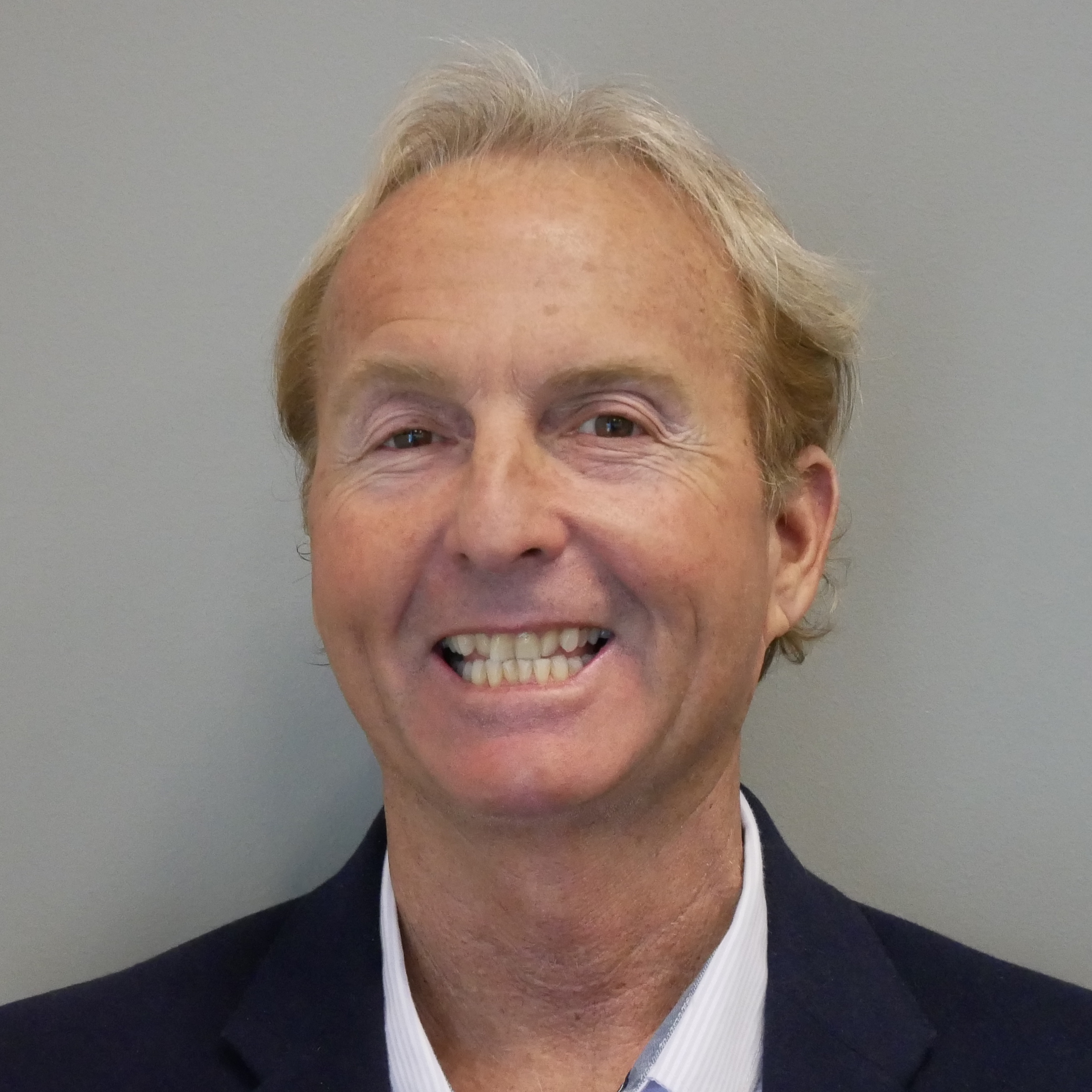 
Frank brings to the Clean Coalition 30 years of service and experience from Southern California Edison (SCE) across a variety of functions, including field project management and field construction. In his last position at SCE, Frank served as Region Manager for government affairs. Frank also has a strong background in municipalization, infrastructure upgrade and improvement programs, rate optimization, and third-party interconnection.